Published in John Simpson's The Minstrel, this tune seems to have enjoyed a measure of popularity as it subsequently appears in various manuscripts and published music books and surfaces in Australia between 1954 and 1961 when Sally Sloane was recorded by Australian collector John Meredith.

The original tune/dance was probably Le Nouvelle Fantasie and would have appeared in a dance collection prior to being published in The Minstrel where it is among a Selection of the most admired National Airs. In later appearances it has the title Le Garcon Vola(n)ge and as there is another tune with this title, it likely refers to the Quadrille figure that was danced to it.

As played in English music sessions. 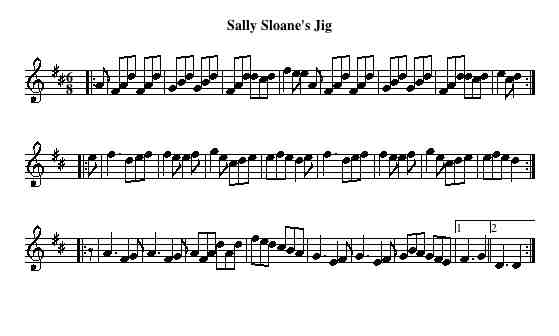