There are two tunes associated with this title. One is a triple hornpipe in 3/2 time and the other is a hornpipe in 4/4. The latter has the alternative and possibly more accurate title of The Washington Hornpipe.

A manuscript book of hornpipes bearing the name George Spencer in the Frank Kidson Collection in The Mitchell Library, Glasgow has the following tune entitled The Tumbler's Hornpipe which is the same tune as the Washington Hornpipe. 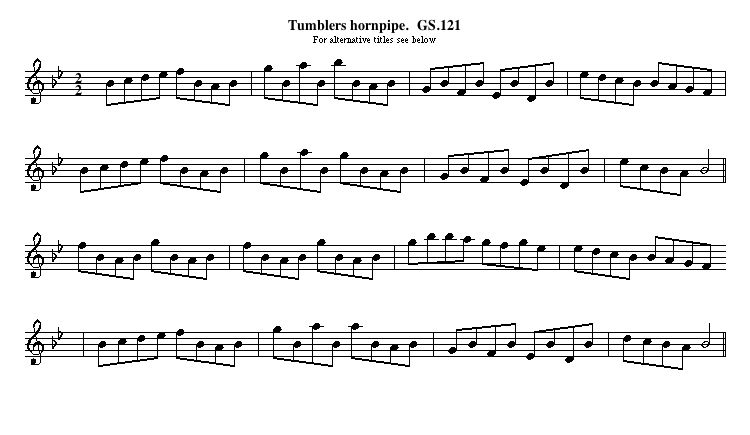 Dancing master William Irwin noted a similar version in his manuscript book which was transcribed by Anne Geddes Gilchrist in 1850. 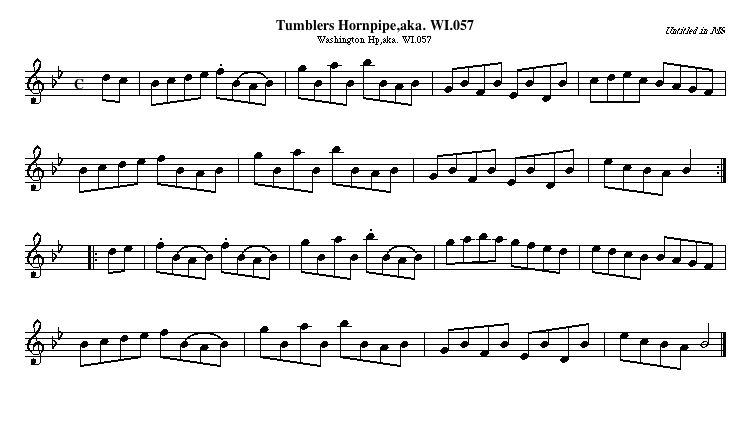