The border in question is the English-Welsh border. The style of dancing from this area is characterised by men who blacken their faces as a disguise, and often wear rag jackets. The dances are generally stick dances, and the emphasis tends to be on enthusiasm and spectacle rather than the grace and precision of Cotswold Morris. 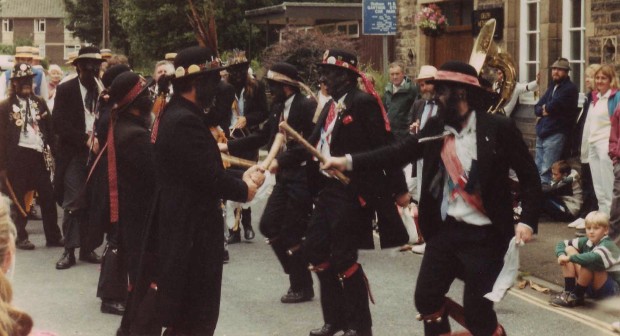 Here are two academic items about the history of the practice of Blacking Up, which some Border sides use, and which has been recently controversial:-

Submitted for the degree of Master of Philosophy, March 2013

To Black up or Not to Black Up : A Personal Journey [2]; Chloe Elizabeth Middleton-Metcalf A summary from undergraduate research which sums up academic opinion regarding border morris (as per 2014) (Morris Federation website)